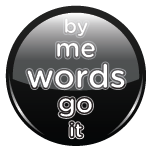 All AAC devices and apps offer Core Vocabulary – words that form the building blocks of language and literacy. There are many good options out there. And every SLP has their favorite!

Our approach is called Core Columns. We think you’ll appreciate the logic behind it.

First, we start with the Core 40 – the foundation of any good system. But we organize those words in columns, not rows. Doesn’t that make sense? We read from left to right. But lists go top to bottom. So we scan choices the way the rest of the world does.

Core Columns offer a smart way to  “drill down” into word choices. Each column begins with a Folder indicating the type of words beneath it. The most frequently used words are then available right below the Folder. If a word’s not there, open the folder.. where things will again ppear in columns. You can see an example below.

It’s been shown over and over that individuals can’t sort effectively through more than six or seven items. So we “chunk” words into smaller  groups. That lets you efficiently scan words. And once you’ve got the idea of columns, you’ve got the keys to thousands and thousands communication choices! 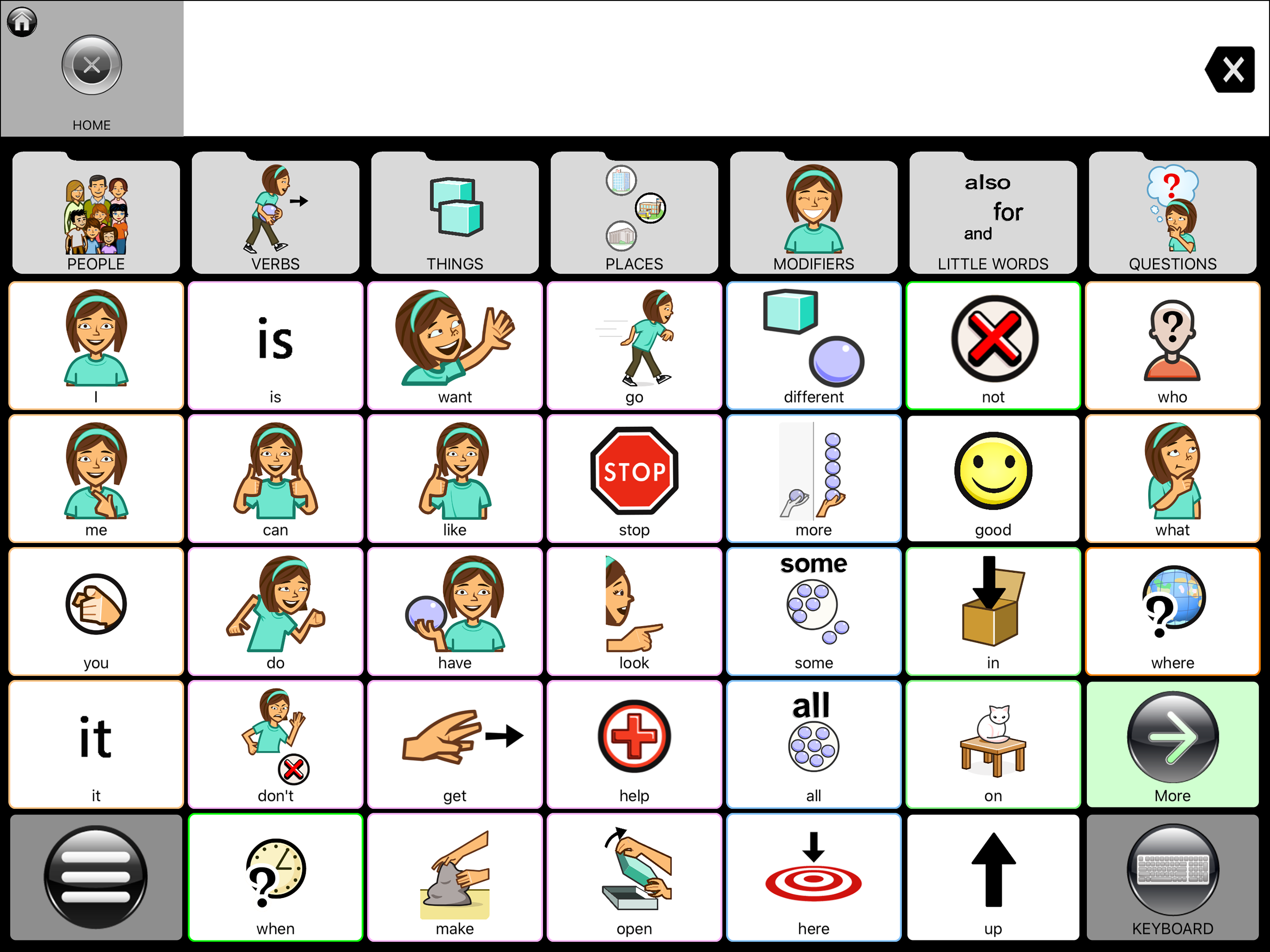 Screen One. Let’s start at the Top Level of Core Columns and  find a word that’s not used all that often – PARKA. That’s a THING. On the  Core Home Page, the THINGS column has mostly thing-related verbs (as verbs are so important.) So let’s tap the THINGS folder and see what’s there. 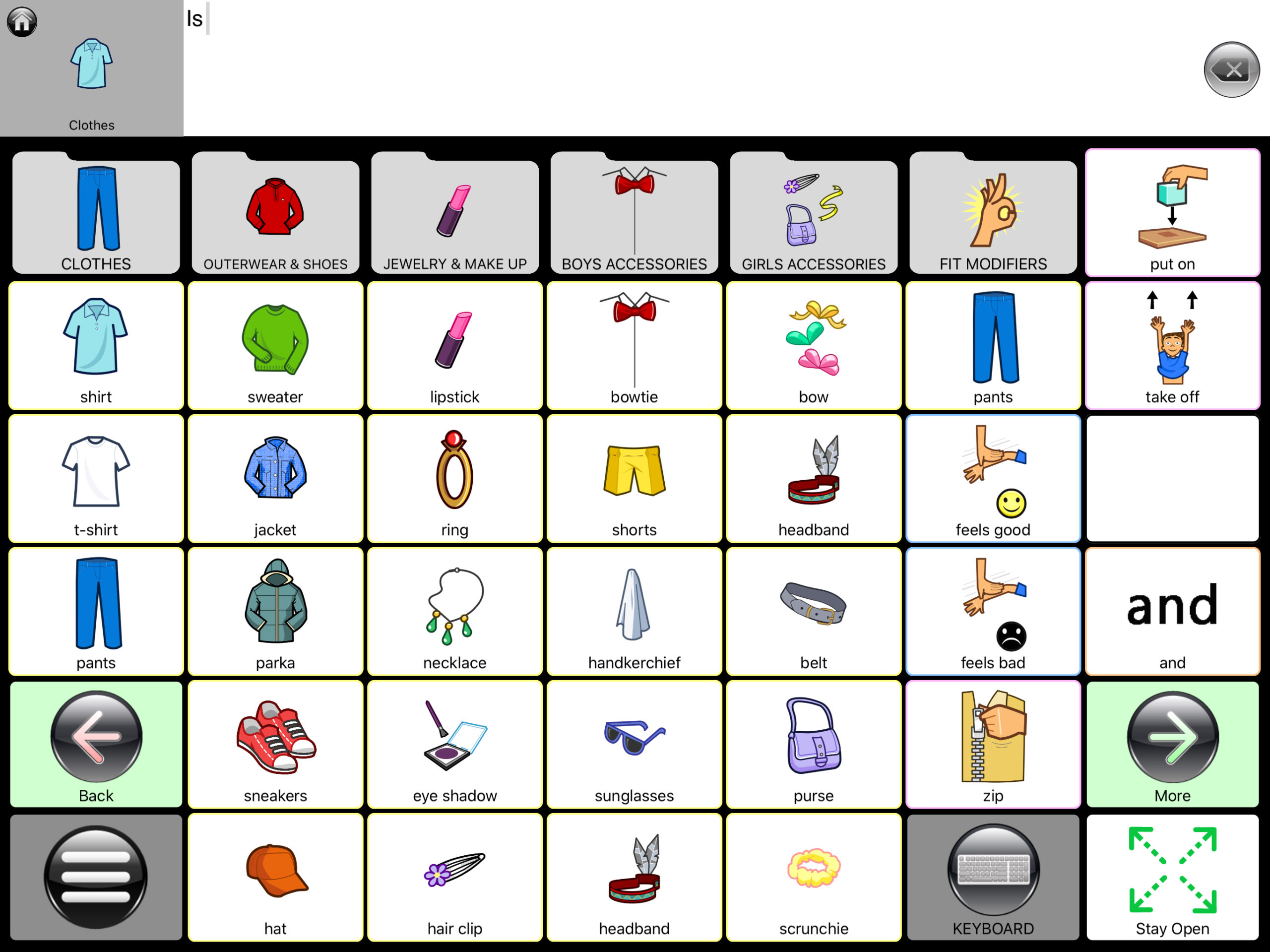 Screen Two. Look! There’s CLOTHING. Certainly a main “Thing” in our lives. ll the main categories of things.  Under the folder are five highly typical items. (BTW, if you dress differently, you can always change these – or even add photos of your own items. But, alas, there’s no Parka! So let’s tap the Folder.

Screen Three. Ah, there it is. Right under Outwear & Shoes. In a natural progression: from Sweaters to Jackets to Outerwear. You’ve got what you need. But…. if you were looking for something else… you guessed it. Just tap the folder. You’ll find everything from snowsuits to a ski cap to a bathing suit! 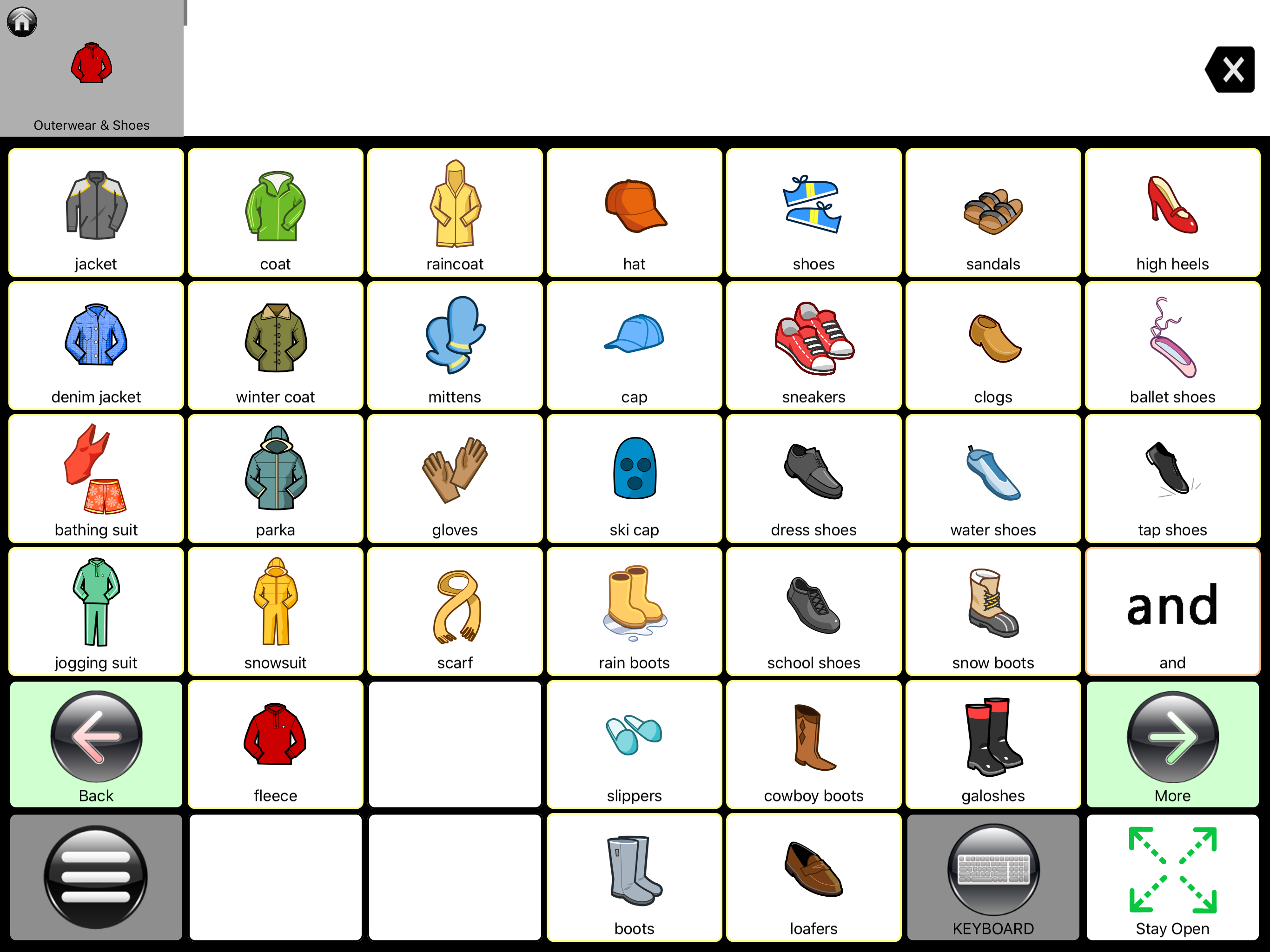 Screen Four. See, Just like we told you! Now… all you need is a pair of muck-a-lucks and a dog sled and you’re ready for the Iditarod!